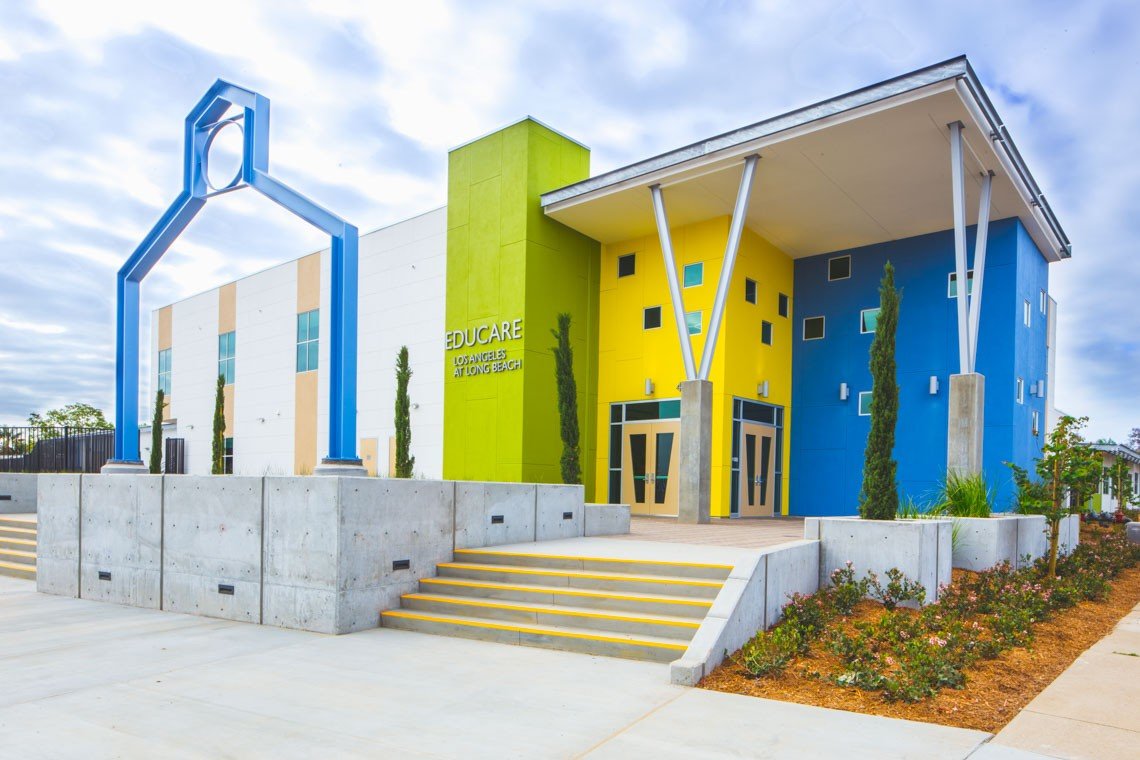 American Modular Systems (AMS) installed the first-of-its kind, two-story prefabricated building at Educare Los Angeles at Long Beach on the Clara Barton Elementary School campus in Long Beach on Saturday, July 15th. The final eight modules of the 31,483-foot state-of-the-art campus were craned into place just a month and a half after the project’s groundbreaking. The new Educare school will serve low-income children in the Long Beach Unified School District with a full-day, year-round early learning program that helps prevent the achievement gap between children in poverty and their middle-income peers long before they enter kindergarten.

“We’re proud to have Educare Los Angeles at Long Beach as our first GEN7 Two-Story campus,” said Tony Sarich, VP of Operations for AMS and GEN7 Schools. “We introduced our GEN7 Two-Story solution last fall and were able to design, build and install a custom modular campus in less than five months—something that wouldn’t have been possible with conventional construction.”

Through a collaborative design process, AMS was able to modularize the building design to deliver the same high-end concept faster and at a significantly lower cost than conventional construction.

Designed to be flexible, adaptable and sustainable, the buildings are fully customized to meet the school’s unique program needs. Once complete, the prefabricated campus will be indistinguishable from conventional construction.

“Partnering early in the process with the District and AMS enabled us to optimize budget, schedule and design utilizing the GEN7 approach,” Dougherty said. “The modular construction delivery has significantly shortened the disruption of construction activity onsite while providing a legacy environment for the children and community.”

Designed to exceed California’s Green Building and Energy Code standards, GEN7 buildings are solar-ready, engineered to support future photovoltaic panels. The two-story administration building was test-set at the AMS factory to ensure a perfect alignment, and then dissembled for shipping Delivered 90% complete, the building will be finished onsite, with the elevator, staircase and overhangs installed in early August.